Over the years I have built these with Lego construction elements. 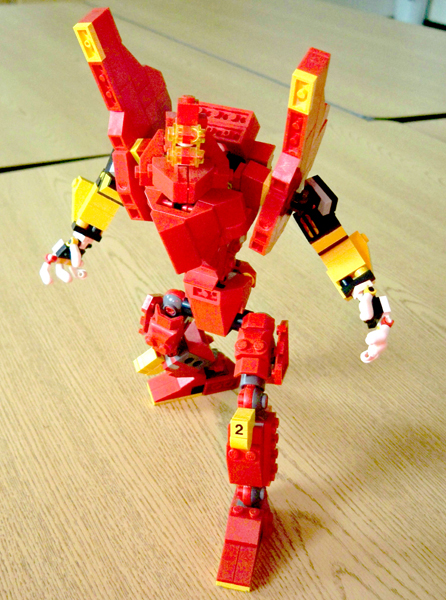 A big fan of Neon Genesis Evangelion, I had to make a Lego version.  I only saw larger scale models and wanted to make a small scale version.  The model is almost fully articulated right down to the fingers.  (Bonus:  there’s even a plug that’s accessible!) 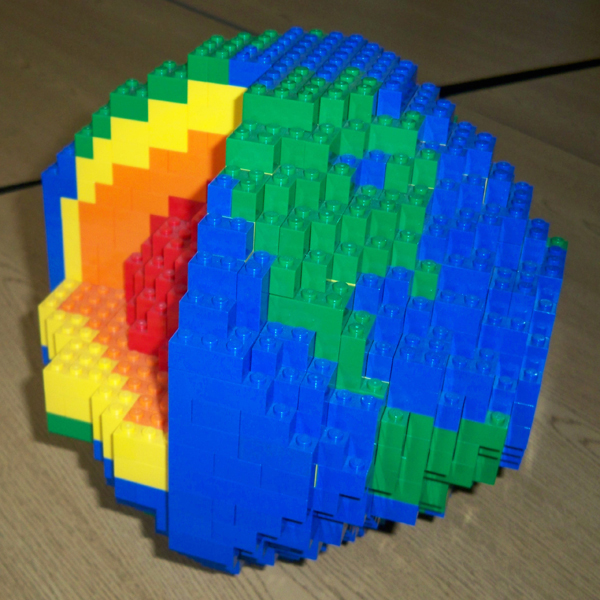 Not enough bricks to make a large scale and more accurate…
But enough to know what’s what and where is where. 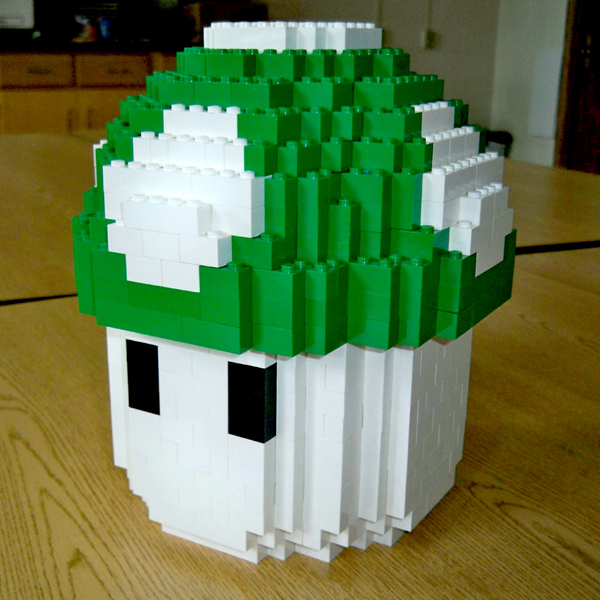 A widely popular mushroom among plumbers.
Providing extra lives since 1985. 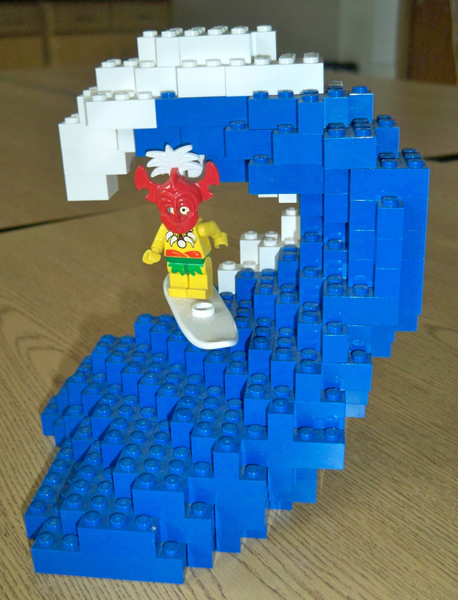 Little is known about this island character…
other than he can rip a mean curl. 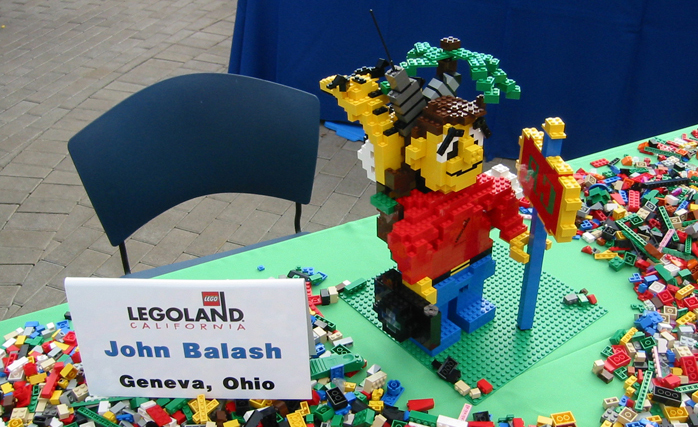 A timed build with random bricks/theme: Legoland CA
After advancing through tests and winning the D.C. area competition, I went on to the finals at Legoland in Carlsbad, CA.  I was one of 28 finalists from across the United States.

Made by the me with some additions by the Lego Club…
With a cameo appearance by my little tablet and mess of wires!